The Long and Probably Partly Mythological History of Kombucha 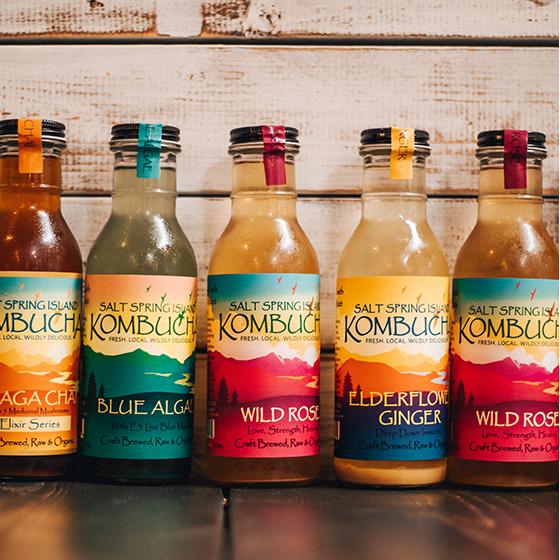 One thing we know about kombucha is it’s been around a long time.  Fermentation is as old as the hills, and was much more popular in early civilizations then it is now, as it was a necessary means of storage.  I mean, fermentation is, at its core, a controlled form of spoilage, right?  And it’s purpose was probably, originally, to prevent uncontrolled and destructive spoilage.  The incredibly healthy, fun, and often intoxicating effects of fermentation are just fabulous side benefits to something that was originally necessary to preserve the harvest and ward off starvation.  In ancient times, there was no way to keep wine for very long, but if you made vinegar (vin aigre - bad wine in French), you could enjoy it for a good while.  Same with milk and cheese/yogurt or any of the many things the ancients fermented.

The fact is- nobody can really prove what the origins of kombucha are, it’s just too long ago. Most events from that time period are shrouded in myth.

The earliest commonly told story is that it was invented by the emperor of China, Qin Shi Huangdi, in 200 BC.  The story goes that he left a cup of sweetened tea unattended on his table for a few days, and when he returned to it, he noticed something floating in it (the first scoby!).  Undaunted, he sipped the liquid and kombucha was born.

Another common story is that, a very long time ago, the Emperor of Japan was travelling throughout Asia and he met a Korean doctor named Kombu who presented him with a magical elixir.  The Emperor named the drink after the doctor- Kombu’s tea, or kombu-cha.  This story may or may not be factual, but it is also commonly believed that the samurai kept kombucha in their flasks to give them extra strength in battle, so who knows?

Wherever the initial ferment began, although almost certainly somewhere in East Asia, it was probably a situation in which a bacteria-carrying insect landed in a cool cup of sweet tea allowing the right yeasts and bacteria to come together, and bam!  Kombucha!  In fact, who knows how many times this had happened throughout history before one brave and enterprising soul thought both to taste it and to try to recreate the magic.

It is thought that kombucha may have spread from Asia to Europe along the silk route.  However it got there, it was popular in Russia (where it is known as Tea Kvass) for a long time before it was known in there rest of Europe.

During several wars at the end of the 1800s, as well as WWI, there was an unprecedented cultural mixing between Russians, Germans and other Europeans and it is around this time that kombucha begins to make an appearance in Western Europe, particularly in Germany, where the drink gained the attention of scientists and doctors who began the first scientific experiments on kombucha and established its beneficial nature, particularly in regards to digestion.

From there it has been a slow road to popularity, with kombucha flare-ups here and there (Italy in the 50s, California in the 60s).  By the 80s kombucha was firmly cemented into hippy culture, and in 1995 the first commercially successful bottled kombucha, GTs, came into being.

In 2013 Salt Spring Island Kombucha was born, with the modest ambition to be the finest kombucha ever known in human history...

Our renaissance of kombucha is no cosmic accident. It originates from the confluence of some mighty forces:

The magic of the mountain spring water, the love and attention that are given to our product, the complimentary plant medicines, our unique blend of yerba, assam and sencha, our prayers for collective health, a renewed cultural interest in local organic craft food production and gut health...

Today, kombucha is the most popular it’s ever been as the world wakes up to the need for fermented food/drinks in the human diet.  Kombucha is available on tap, it’s being made into vinegars, alcoholic beverages, and scobys are even being turned into clothing!

It’s a pretty impressive history for a humble probiotic elixir, and it’s amazing to think about all the people throughout history who have understood the powerful benefits that kombucha has to offer.